President Uhuru Kenyatta’s decision to gazette 34 instead of 40 judges, swear them in, sent mixed reactions in legal circles and the public.

This follows over two years of waiting for President Kenyatta to gazette and swear them in after he received the recommendation from the Judicial Service Commission (JSC).

In declining to gazette the six judicial officers, the president said he cannot ignore intelligence briefs on the judges that cast aspersions on their suitability to serve in office.

Immediately after gazettement of the 34 judges, Katiba Institute, a Kenyan civil society organisation, moved to court to stop the President from swearing them in. On that same day, in the afternoon, the president swore them in.

In their submission to the court, Katiba Institute demands, that the court issue a further order of prohibition, stopping the Chief Justice and the Judicial Service Commission, their agents or anyone whatsoever from assigning duties to the 34 judges.

Initially the JSC recommended 41 persons for appointment in July 2019. One of them passed on. 11 Court of Appeal judges, 20 Environment and Land Court Judges, 10 Employment and Labour Relations Court Judges.

After the President declined to appoint the 6 judges, leading to lawyer Adrian Kamotho Njenga, the Katiba Institute and Dr. Magere Gakenyi to file the case at the High Court.

The Court ruled against the president’s decision. President Uhuru then appealed the decision, which is pending at the Court of Appeal. The case was mentioned on June 9, 2021 and a hearing is set for July 26, 2021.

This did not stop the President from disobeying a court order that ruled that he has no authority to question the JSC decision. But this is one of the numerous court orders disobeyed by the Kenyan government and the president.

In a Special Gazette dated June 3, 2021 Kenyatta appointed 34 Judges; seven to the Court of Appeal, 18 to the Environment and Land Court, and 9 to the Employment and Labour Relations Court.

Earlier, the Attorney General when appearing before the National Assembly said the President was awaiting the decision of the Court of Appeal before swearing in the Judges. The president defied his AG whose role is to advise him on legal issues.

The Katiba Institute application filed through their lawyer Dudley Ochiel was unequivocal that the president cannot cherry-pick what to do and what not to do with judicial appointments.

“The cherry-picking and selective appointment or swearing-in of judges undermines the functions and powers of the JSC and the functioning of the Judiciary. It is also an improper extension of the role of the Executive and has created a constitutional crisis,” Ochiel asserted.

Though the constitution expects the JSC to be independent, the President took roles that are alien to the constitution, by wanting to direct the JSC how to go about its functions.

The move could mean the JSC will be reluctant to continue hiring more judges yet there is a backlog of cases. People will have to wait longer for their cases to be concluded in court.

Chief Justice Martha Koome issued a statement, in which she called upon the President to gazette and swear in the six remaining judges, asserting that he has no role once the JSC recommends that they be sworn in.

Bigambo said that even if the case of the Katiba institute will be supported by the court, the 34 have already been sworn in and this renders the outcome of the suit irrelevant and of no consequence.

“The court cannot pronounce itself by entering a judgment that cannot be enforced,” he said. He added that the importance of court decisions is for them to be enforced, but that is not possible since the 34 have already been sworn in.

The Court of Appeal is required to have 30 judges but it only has 20.

In defending her attendance at the swearing-in ceremony, Justice Koome said that she had no part to play in this constitutional process which was undertaken almost two years ago. She was sworn in on May21, 2021.

She added that upon forwarding the names to the President, the Chief Justice and the JSC ceased to have any role.

But Bigambo told RoGGKenya that the statement “was a terribly feeble, meek and of no value at all to the entire enterprise of Judicial independence. It was so weak that no member of the Executive gave it attention. If the statement was meant to be a protest letter, then it made a mockery of the intention.”

There are more prominent critics of the president’s actions. One of them is the former Chief Justice Dr. Willy Mutunga. He called out the President for what he termed a dalliance with impunity.

The former Chief Justice further explained that when the issue came up in 2015, they discussed it and the President agreed he would furnish the JSC with concerns he has over some judges during the recruitment process, not after he has received the recommendations. This would have enable the JSC to put the concerns to the candidates to respond, before making a determination.

The Katiba Institute demands even more, “Katiba Institute wants the Attorney General found unfit to hold office for playing partisan politics with this important issue and for misadvising the President. The AG sat in all 41+ interviews. But now leads in challenging the recommendations he also made as part of JSC,” they posted on their Twitter account on June 4, 2021.

They added that the President must raise his issues at the JSC interview because he is well represented by up to four individuals including the Attorney General.

Now, the public is curious to know how the Court of Appeal will rule in the pending case. Could the court rule that the six judges be sworn in? 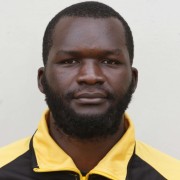